The flying unreliable purple Qi condensed into spirit roots. The Yozu Palaces were full of all gods and spirit.

The Qi was nature born into everything in the space.  There were 12 god Palaces in the Yozu Neverland.

The jade buildings were so high that passed through the clouds. The flow of Qi roved hither and thither at the purple houses in the golden palaces.

So many unicorns and kylins ramble around the green hall. There were nine gold immortals came into the Palace from the space.

The devil of five elements paid respect to Mu Niang.

Mu Niang grasped the born gate with the charms. Mu Niang always ate the essence of sun and moon. And she drank pure mountain water.

Mu Niang breathed to build up five souls.  The five souls contain the five elements of Metal, Wool, Water, Fire, Earth. All the elements were everywhere in the Yozu Palace.

Golden brightness was shining sparkle in the Palace. The houses were decorated with gold. The Yozu Palace is magnificent.

At this moment, there is a Master leading millions of immortals. And so much purple Qi(energy) operated to turn around.

If The human people wants to see the Wang Mu Niang Niang, he must understand this purple text and practice.

If you think fine and closely woven, you can be induced and understand the purple text.

You could fly like the phoenix to the Yozu Palace. Then you could see so many immortals even the Wang Mu Niang Niang(Dan Qi Mu Niang) . 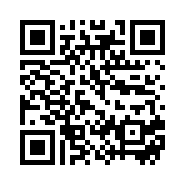